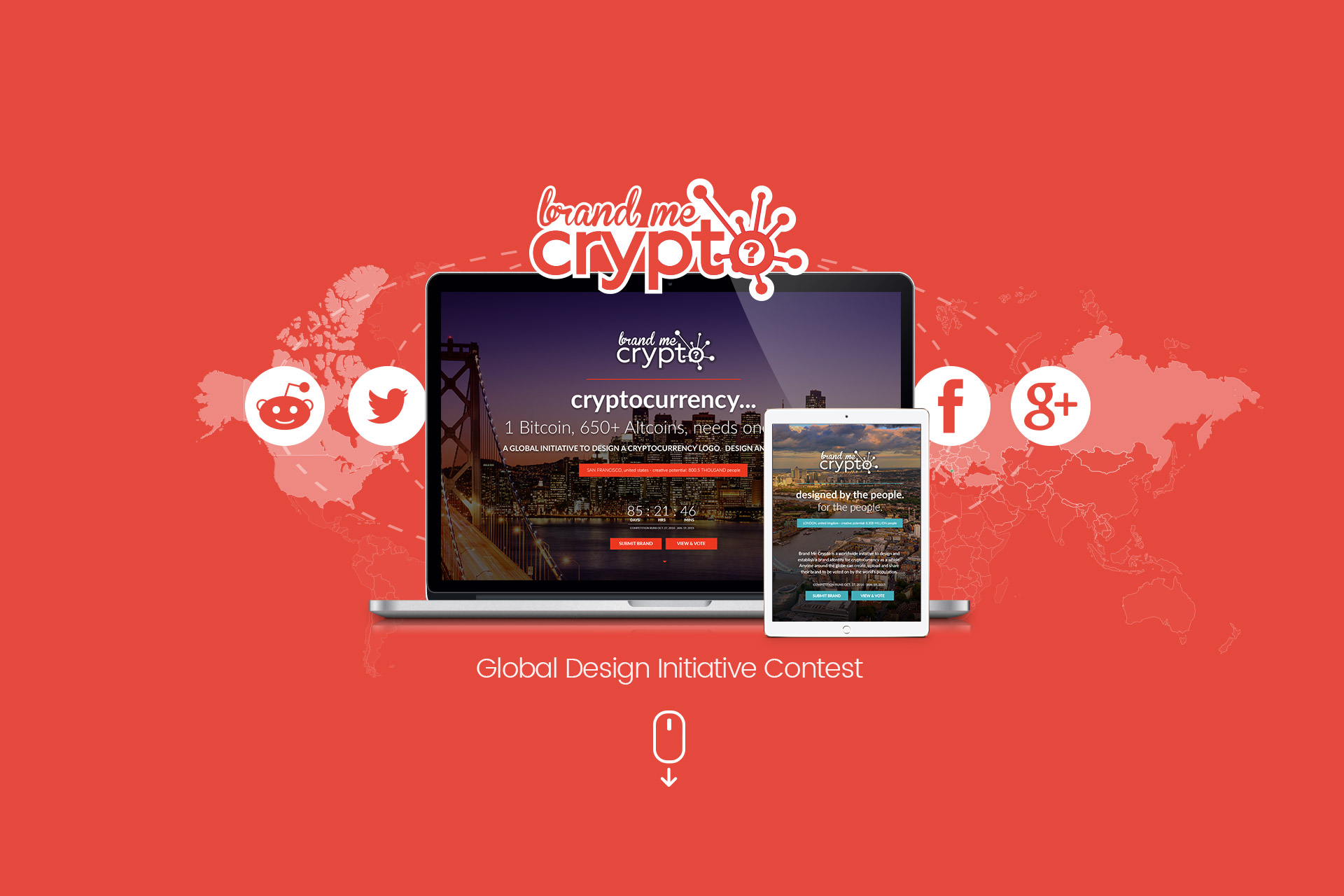 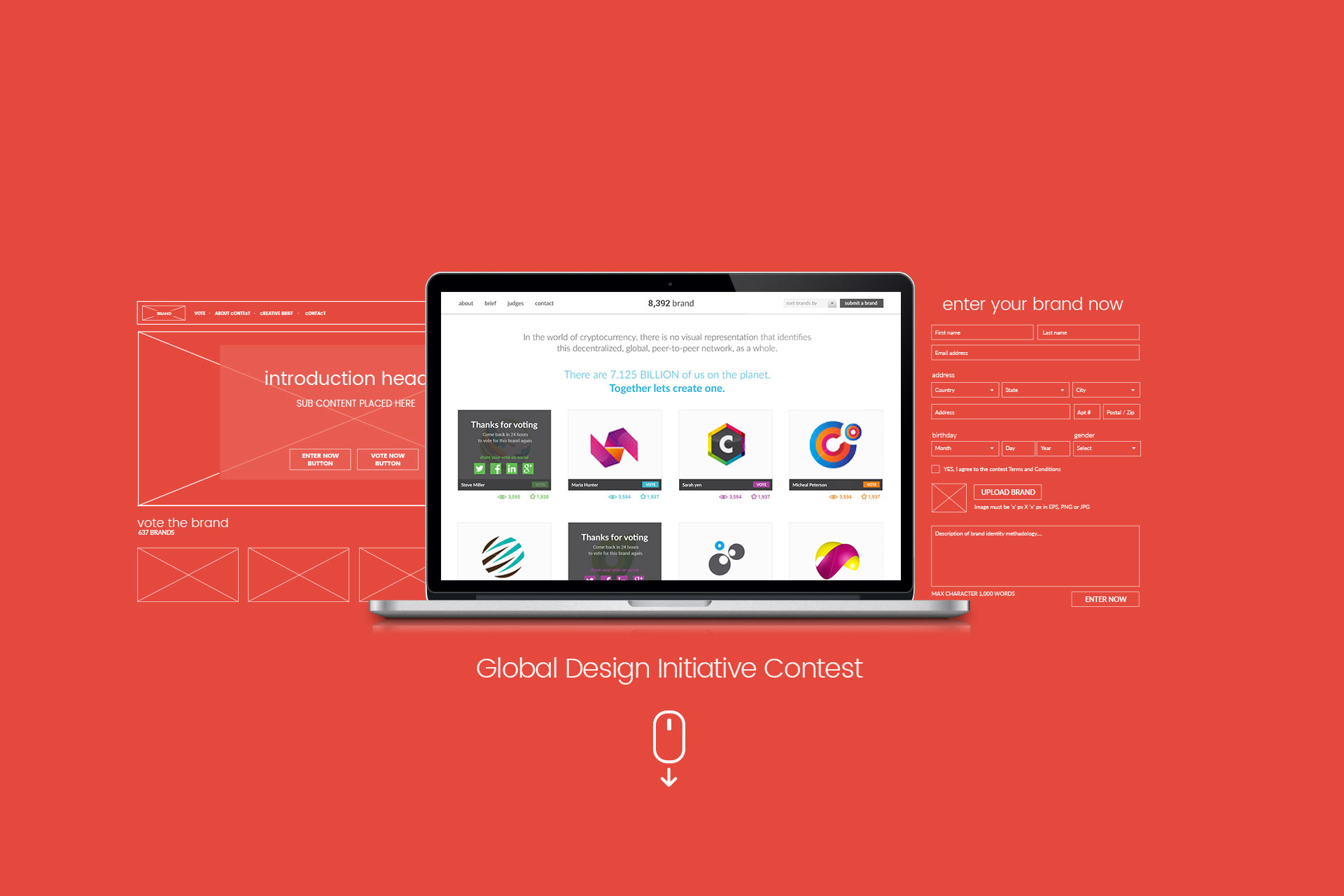 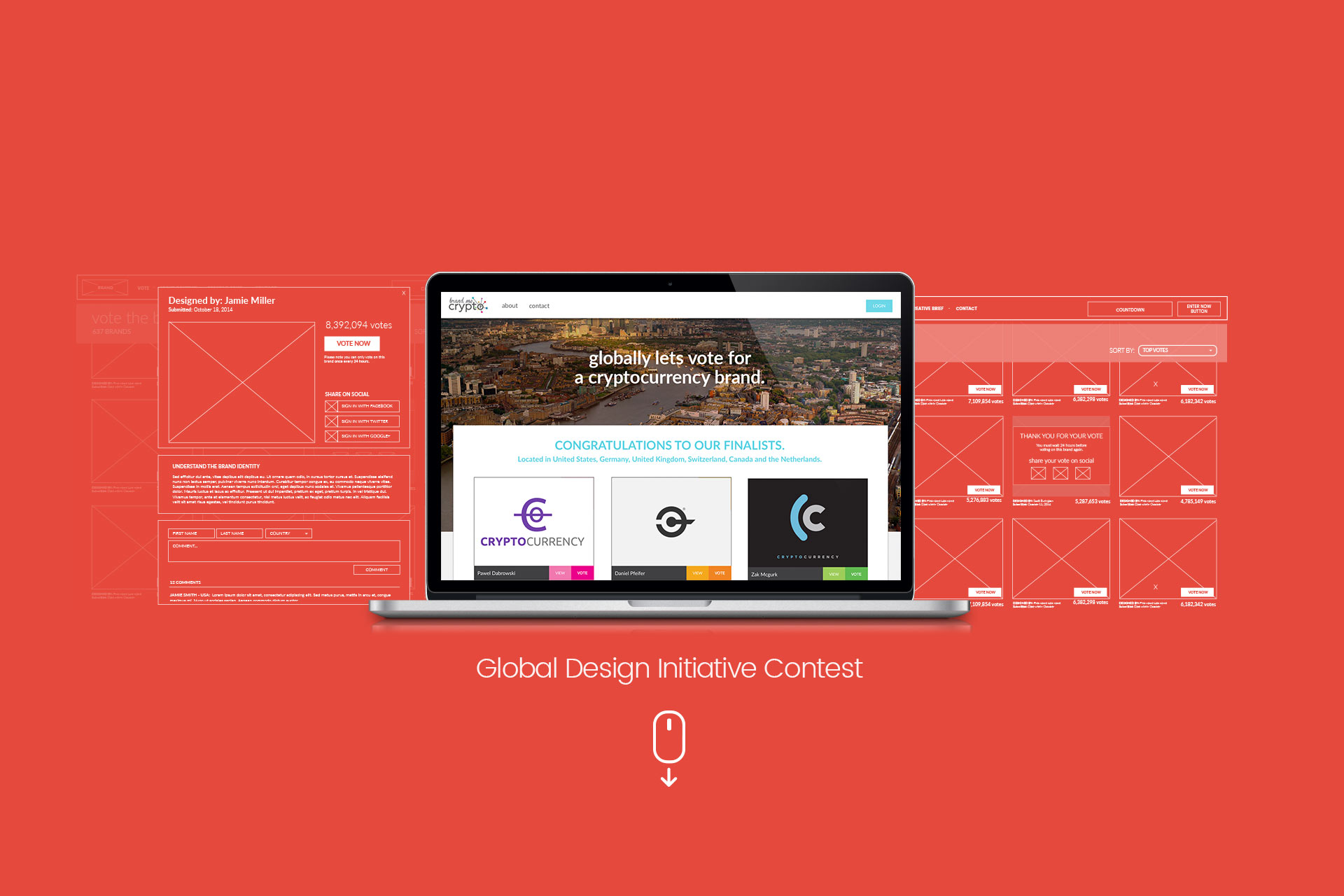 "Cryptocurrency is arguably one of the most compelling new technologies of out time and is quickly making its way into the mainstream. Cryptocurrency, however, isn't just represented by Bitcoin. While Bitcoin has gained the greatest traction to date, there are numerous Crypto Coins in existence. Creative teams involved in the entire industry which try to articulate visually Cryptocurrency as a whole have, up to now, been presented with a unique challenge as it has no overarching brand." said Chantel Meeley, Head of Marketing and Creative at Vogogo 2014

That statement the foundation for establishing a contest that invited designers around the global to come together, participate and try to establish a united symbol for the new global economic system and at the very least encourage the continued conversation and support for cryptocurrency development. 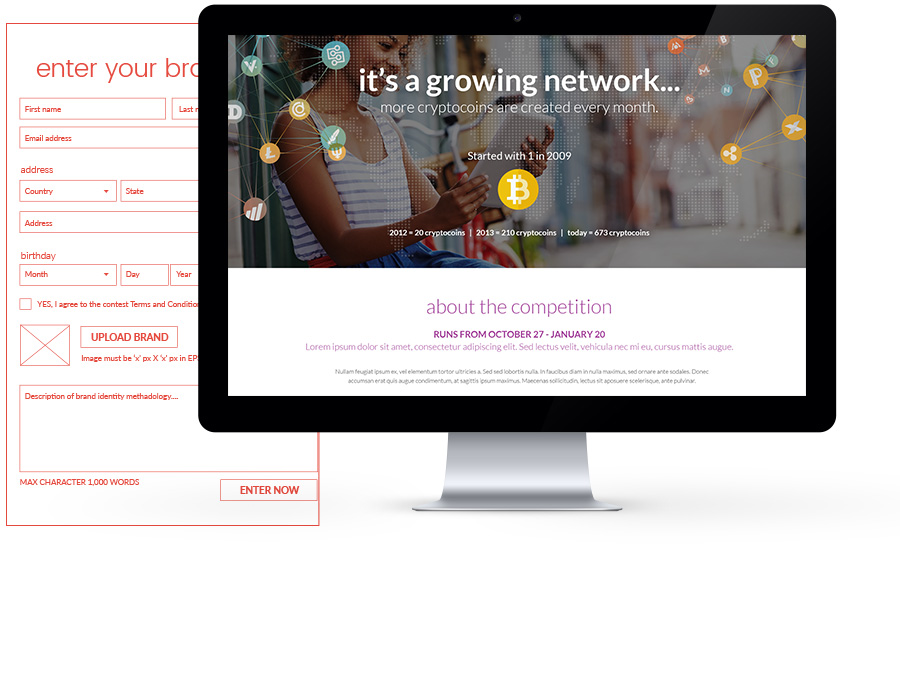 Established the contest brand identity, contest platform UI/UX and 'skin' design while managing the web development produced by the Montreal-based agency - Locomotive. The platform was designed to educate the design community on the need to establish an overarching cryptocurrency brand identity and provided a formal design brief. Individuals around the global could easily participate by uploading their own brand identity with its associated methodology, view, vote and comment on other brands, and share on social media.

In addition to the design aspects of the platform, managed and produced the inbound marketing strategy and all production executables including google remarketing, online ad insertions, social media exposure and press releases to obtain global awareness and participation.

The initiative received significant support from social media awareness to articles and press releases. Brand Me Crypto saw design entries come in from 90+ different countries spanning five continents. From the complete list of entries, six brands were shortlisted by a panel of crypto industry experts and these choices were then resubmitted to the global crypto and design community for input and participation in finalising the selected brand identity. 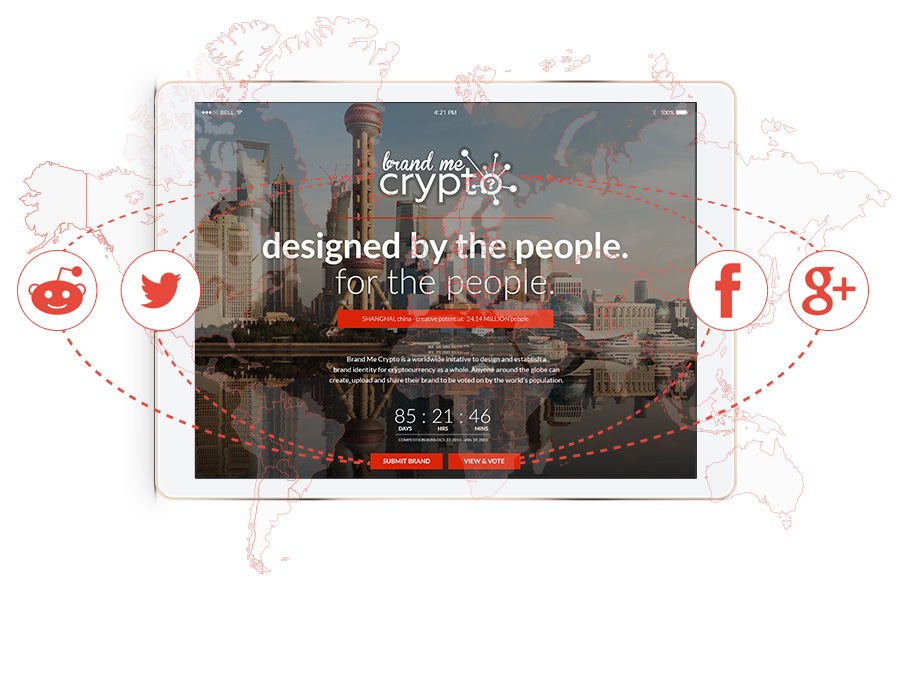 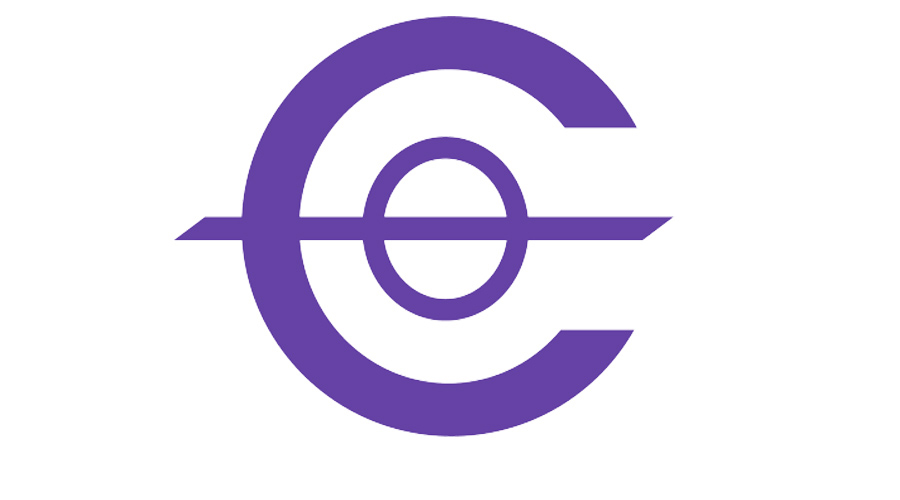 Brand Me Crypto winner, Teresa Ledford said of her winning design, "I wanted to create a symbol that was relatively simple and would translate well to handwriting. After looking at all the existing symbols used around the world, my goal was to come up with something that was unique and descriptive, yet still had some consistency with other currency marks.

Brand Me Crypto In the News 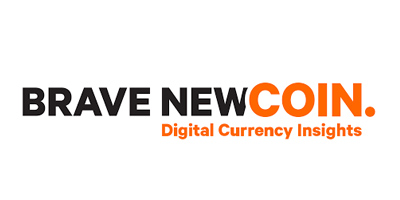 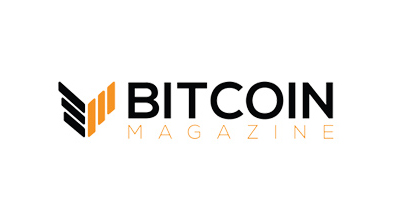 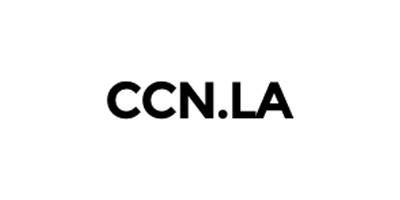 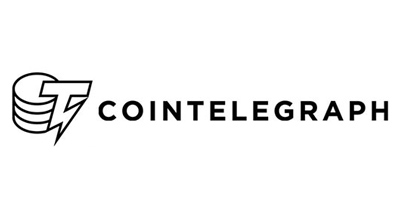 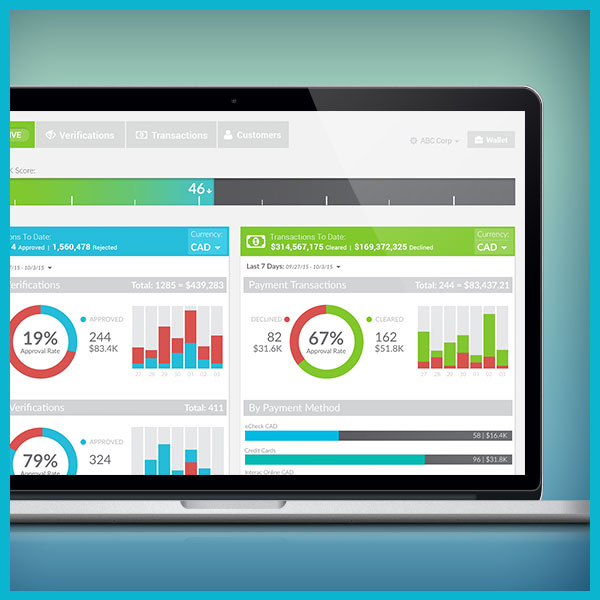 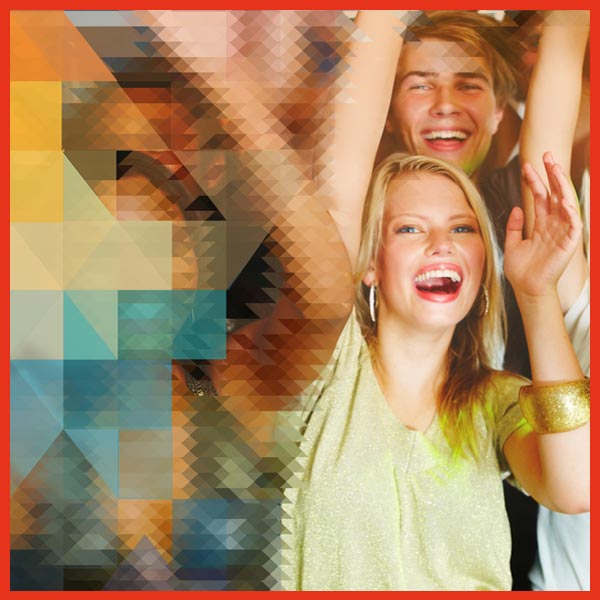 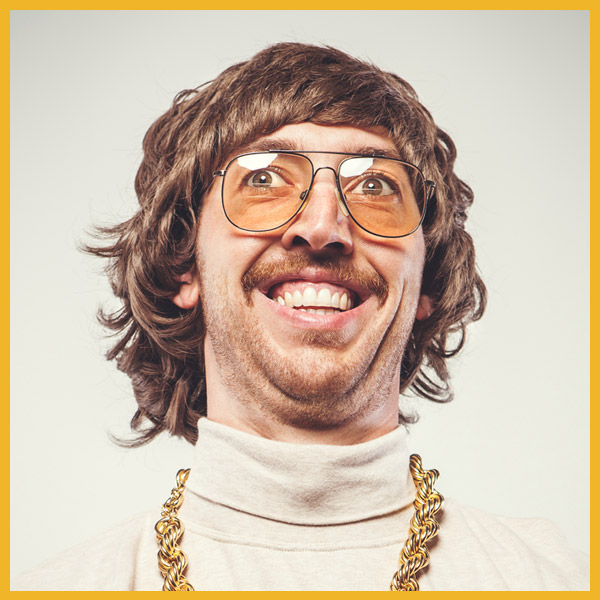